Squidward gets accidentally electrocuted by his own electric fence, causing a complete change in his personality. He becomes cheerful and friendly to everyone in town and SpongeBob thinks that he is replaced as fry cook. SpongeBob’s behavior towards Squidward changes over jealousy, making Squidward feel saddened. SpongeBob goes to his house to apologize, but becomes ill-tempered after slapping Squidward, who is suffering again from electrocution upon entering his house. 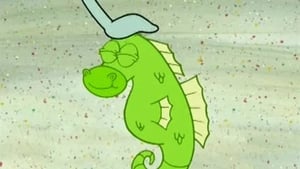 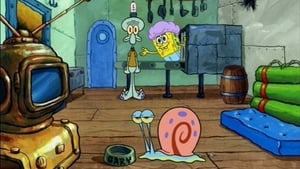